Director of NIH to Speak at Smashing Walnuts Gala 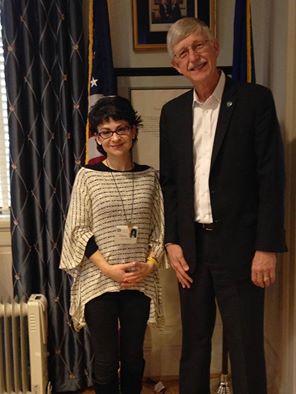 Smashing Walnuts is honored to announce today that Francis S. Collins, M.D., Ph.D., Director of the National Institutes of Health (NIH), will be a featured speaker at the 3rd Annual Cracking the Cure Gala on Saturday, March 19, 2016. Dr. Collins leads the NIH, the largest supporter of biomedical research in the world, spanning the spectrum from basic to clinical research.

Dr. Collins is a physician-geneticist noted for his landmark discoveries of disease genes and his leadership of the international Human Genome Project. He is an elected member of the Institute of Medicine and the National Academy of Sciences, was awarded the Presidential Medal of Freedom in November 2007, received the National Medal of Science in 2009 and is also a New York Times bestselling author.

“Because of NIH-funded research and contributions made by advocacy groups like the Smashing Walnuts Foundation, we are faced with exceptional scientific opportunities to advance treatments for childhood brain cancer,” said Dr. Collins.  “In addition to the research that NIH already supports in this area, the Vice President’s National Cancer Moonshot proposes additional resources to develop new treatments specifically aimed at childhood cancers.”

Dr. Collins was present when The Gabriella Miller Kids First Research Act, a $126 million appropriation given to childhood disease research, was signed into law in 2014. He is a staunch supporter of cancer research. NIH and the National Cancer Institute will be participants in the Vice President’s Cancer Initiative that President Obama announced during his 2016 State of the Union Address as a moonshot challenge to cure cancer.

Shamrock Smash is the theme of this year’s Cracking the Cure Gala, to be held at the Ritz Carlton Tysons Corner. The event features dinner, a silent and live auction fundraiser and dancing.

Last year, the Gala drew over 500 guests including local sports celebrities and politicians such as U.S. Senator Tim Kaine and his wife, Secretary of Education, Anne Holton. Tickets for the 2016 Gala are available through the Smashing Walnuts website, www.smashingwalnuts.org.

About Gabriella Miller and the Smashing Walnuts Foundation

Gabriella Miller accomplished much in her short life, raising nearly $300,000 for children’s cancer charities, including funding for the Make a Wish Foundation to grant wishes to 36 children, co-authoring a book about childhood cancer, speaking at numerous events, including Curefest on the National Mall, and inspiring her family to pledge their lifelong commitment to carry on her work. Gabriella and her family smashed walnuts with a frying pan to symbolize the fight against her “walnut sized” brain tumor.

Three months prior to her death on October 26, 2013 at the age of 10, Gabriella, along with her parents, Mark and Ellyn Miller, and her younger brother, Jake, started the Smashing Walnuts Foundation to cure childhood brain cancer by funding scientific research and clinical trials.